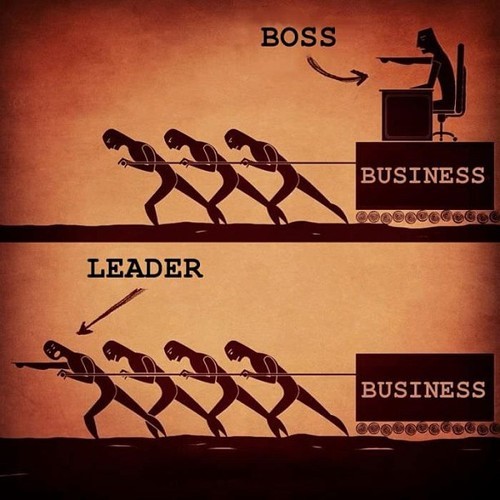 (This is part 1 in a 5-part series on why change initiatives fail.)

Throughout the years, researchers have discovered that 70% of organizational change initiatives fail.  One of the primary reasons cited is the ambiguity associated with making “change.”  Qualitative metrics are often ignored.  Aligning the outcomes with economic realities are often over-emphasized.  Human fears about change itself are overlooked.

In this 5-part series, I will explore 5 reasons that I have discovered often lead to change initiatives that fail to realize the desired outcomes:

There is a very real, compelling, and distinctive difference between the power associated with a job title and the individual who is currently in that job.  But what is “power?”  Is all power the same?  And how do we recognize this power?

Power is defined as

“the ability to cause or prevent an action, make things happen;
the discretion to act or not act.”

An employee or organizational leader who has “power” can cause things to happen…or deny resources to make something happen…or decide who to hire, promote, or fire…or ignore what is happening in the workplace.  His or her decisions affect how the organization operates and whether or not goals will be reached.

But not all power is the same.  Position power is “the authority and influence bestowed by a position or office on whoever is filling or occupying it.”  Position power ignores the abilities of the individual and is exclusively associated with the job or position title.

Position power is formal power that is conveyed to an individual solely by the placement of their job on the organizational hierarchy.  Business is ripe with anecdotes of situations in which a leader was bestowed position power, but who did not display the characteristics of a powerful leader.

Over the years, there has been a trend toward flattened structures in order to lessen the distance (psychologically or physically) between different levels of employees within the organization.  The goal is to encourage participative management and involvement of employees across the hierarchy in problem-solving and decision-making.  Relationships are codified, with specific connections based on job title, department, or location.

In sharp contrast is informal network power, which is solely related to the characteristics and level of influence that an individual employee exerts on those around him or her.  Such power is bestowed on the individual by coworkers and doesn’t rely on nor even align with a job that is high on an organizational hierarchy.  The power that an individual possesses is strongly related to personality traits and behaviors, such as ability, experience, dependability, and likability.

Informal network power arises from the informal, “not on the organizational chart” relationships that exist within the company.  They are not “parallel” hierarchies, but evolve naturally from the connections and personalities of the workforce.  These networks exist in all organizations and social systems.

Informal networks and their leaders serve an important purpose in organizations:  they enable an equilibrium to be created between stability and agility.  In other words, informal networks can provide meaning and safety during organizational change — especially when the formal hierarchy is either too rigid or too disorganized or if the culture is characterized by poor leadership or abuse of power.

Position power is therefore related to the formal organizational hierarchy, while network power arises from the informal relationship-based networks that emerge between co-workers.

The Power to Influence During Organizational Change

When senior leaders decide to make transactional or transformational changes within the organization, they plan and implement these changes based on their position power.  The C-Suite is responsible for broad change initiatives that affect the organization as a whole, while vice presidents and directors can launch changes within their areas of power (e.g., department, region, etc.).

But, as we all know, just because organizational change is desired by senior leaders, it does not mean that the changes will be implemented.  Nor does it mean that their implementation will lead to these changes becoming part of the daily workflow or cultural fabric.

While employees may respect
the power associated with a position,
they are free to respect, support, or reject
the person within that position.

In other words, employees choose whether or not they will be influenced by a leader who only has position power — and the ability to influence others is at the core of legitimate power.

Consistency, reliability, and trust are the cornerstones of influence.  Building them requires an ability to be open, personal, empathetic, and flexible in dealings with co-workers, subordinates, and bosses.  To influence others, therefore, depends on the ability to listen and understand what others are saying and feeling.

Power and influence are the result of the individual’s unique relationships with others.  No matter how hard an organization may try, the ability of a senior leader to influence the thoughts, minds, and hearts of the workforce is dependent on the individual and NOT the job title.

Yet change initiatives are usually begun in the higher echelons of the corporate hierarchy, set in motion by people who may have never had dealings with the people who are charged with implementing these changes.

Is it any wonder that 70% of change initiatives then fail?

To create and sustain changes throughout the workforce requires trust:

Such trust can only be created through informal network power — not position power.

How to Select Change Leaders with Network Power

While leaders with position power are necessary to obtain the appropriate resources that are required to drive the change throughout the organization, the task of influencing entire departments or individual employees is more within the realm of influence associated with network leaders.

The most effective way to influence network leaders to embrace the changes is to include them in the planning, implementation, and evaluation phases of the change process:

Identifying potential network leaders who possess the level of power necessary to influence other workers can be an arduous task — but the results are well worth the effort.  It first requires identifying the informal networks that exist within the organization.  Don’t rely solely on the groups who work together within a department.  Consider cross-functional networks that enable workers to obtain the information they need to get the job done.

After identifying the informal networks, observe which individual employees have the greatest influence on the perspectives and actions of others.  Who is the “go to” person when an employee in this network needs something done?  Or needs advice?  These can be clues to the level of influence.

Don’t fall prey to finding network leaders based on their job titles.  Supervisors may or may not have network power over their subordinates.  Instead, it might be a line worker who has been with the company for years.  Focus on the individual rather than the job — and recognize that the power and influence will evaporate if that employee leaves the company.

The next step is to look more closely at the employee’s ability to recognize emotional states in others and respond in a positive manner.  This ability to express and recognize emotions is critical to human survival.  Such emotional intelligence has been touted as “the rudder for feeling, thinking, learning, problem-solving, and decision-making.”

Despite the financial, economic, and market reasons behind it,
organizational change is a deeply emotional environmental stressor for employees.

Perception is reality — and workers who have earned the power to influence others within the workplace are better able to assuage fears, redirect ideas, and encourage employee buy-in to the proposed changes.  By minimizing or alleviating the fear and stress, workers can then choose to reframe their response to the stressor in order to limit the degree of potential distress that they experience as well as increase their buy-in to the change initiative.

Finally, this leads to perhaps the most important aspect of network power:  a solid history of partnership building.

When change leaders decide that change is needed in the organization, those changes will only be achieved if employees are committed to achieving it.  Change is not completed in isolation, but only when workers across the organization agree that it is necessary and desirable.  To try to “manage” a change initiative by demanding that employees change their behaviors and attitudes is an exercise in futility.

Organizational change is only achieved
when employees’ hearts and minds embrace it.

If there is no employee commitment to make the necessary changes, they will quickly backslide into old habits and behaviors as soon as obstacles arise.  Change is not an autonomous task; rather it is the result of a partnership of workers struggling and supporting each other through the deadly transition period between what is and what will be.

Employees who possess network power have already built the partnerships that are necessary to move their co-workers forward to a new and desirable future.  These network leaders can leverage the trust that they have built in order to make the change a success — or an abject failure.

In other words, for change to become part of the organizational culture, change leaders need to leverage the influence and partnerships of those employees who possess network power.

Any change initiative is fraught with challenges:

Organizational change is frightening to most workers, so proactive measures to assuage those fears should be an important component in any change initiative.  Employees want to be heard, they want their fears addressed, and they want to understand the why and how behind the changes.

But employees are unlikely to trust the statements and promises of organizational figureheads whom they don’t know nor have a relationship with.  This is the role of informal network leaders who have the influence and power to shape their co-workers’ attitudes toward the change.

Invite these network leaders and those employees who possess the influence of network power into your planning sessions.  Actively seek their feedback on your plans for change.  Listen to their concerns and arguments, then implement their recommendations as appropriate.

Above all, give them a seat at the planning table and encourage their assistance during the implementation phase of the change initiative.  Not only will this increase the likelihood that the desired changes will be actualized within the workplace, but it will also decrease the levels of resistance or sabotage that can thwart it.

How do I know if I’m near burnout?

How to Manage Stress and Avoid Burnout

Burning Out Again? Here’s Why [VIDEO]